When we design an audio, video or digital cable we start by considering three main elements: the conductor material and its construction; the insulating material (dielectric), and the overall construction of the cable.

The conductor material we prefer is a single drawn crystal OCC (Ohno Continuous Cast) of very pure copper or silver which has no discontinuities in the signal path. Depending on the application the conductor can be a single wire or a bunch of wires of the same diameter or a mixture of diameters.

In theory an excellent cable will simply comprise a pair of pure conductors in free air, although in practice the conductors need to be covered by an insulating material, normally a plastic, to stop the two wires from ‘shorting’ together and to protect the conductors from corrosion – copper and silver being particularly vulnerable in this respect. But instead of free air between the conductors there are two insulating tubes forming a dielectric.

Now the cable has become a capacitor or a distributed capacitor. If the cable is a co-axial (asymmetrical) interconnect then the capacitance is between the inner conductor and the shield or braid and as the inductance is very small so the cable becomes a series of small low pass networks; attenuating the higher frequencies.

As a rule of thumb, the higher the capacitance, the longer it takes for the signal to pass through the cable; so the ‘slower’ the cable. What do we mean by the ‘speed’ of a cable? Well the most common term in use is the Velocity of Propagation (VOP): the speed at which the signal travels down the conductor.

We have a series of Technical Papers available if you wish to know more.

This measurement is made using a technique called TDR (Time Domain Reflectometry). The TDR technique is based on the fact that if you fire a pulse down an open ended cable the pulse will be reflected back by the open end and return back to the beginning. This test gives us the VOP.

At Atlas our mission is to improve your listening or viewing pleasure. We don't place barriers in the signal path, nor do we skew the signal by using conductor materials with different characteristics, we make low deletion cables that transmit more information.

The capacitance of a cable is determined by conductor geometry and the dielectric constant of the insulation employed. Although the vast majority of cables available use PVC, it should be avoided for audio applications. Better alternatives are polyethylene, foamed polyethylene, polypropylene, PTFE (Teflon™) or the new Atlas PTFE. Foaming reduces the dielectric constant, thereby stabilising the frequency characteristics. Any insulation between conductors creates a capacitor which stores and later releases energy. The less energy absorbed, the better the signal velocity (speed) will be and any energy absorbed would be better converted into heat than released later. Within the audio range, the magnitude of capacitance, together with conductor resistance, governs the level of attenuation. The lower the attenuation, the less signal is ‘deleted’ and the better the cable performs.

In the digital domain (and video signals), it is of fundamental importance that the correct type cable is employed in order to match the signal source impedance into the load presented by the receiving equipment.

The appropriate cable is an ‘asymmetrical’ or co-axial, unbalanced design, usually of 75 Ohms impedance.

In the digital domain, there should theoretically be no deletion of information. In practice however, cables sound different, so clearly some loss of information is taking place. RCA phono plugs are most commonly used, though BNC plugs are superior with regard to impedance matching. Most RCA plugs grip the cable with a compression gland (collett) or grub screw in the side of the plug which is screwed into the cable.

The co-axial or asymmetrical cable uses going and return conductors which are not electrically equivalent, giving rise to often used descriptor ‘unbalanced.’ The return path acts as a screen and a barrier to Radio Frequency Interference (RFI). To improve the quality of digital and high frequency cables, a second shield and an additional aluminium foil are often employed.

To achieve a 75 Ohm impedance, a manufacturer typically selects a diameter for the central conductor which then determines the correct separation between the centre (or going conductor) and the screen (or return conductor). If that separation is reduced by a plug compressing the cable, the cable’s impedance will be altered, creating reflections inside the cable causing signal deformation (the rise or fall time of the square wave signal is changed) and unwanted jitter.

A typical RCA plug can reduce a cable'’s impedance from 75 to around 30 Ohms! Atlas use plugs which don’t compress the cable.

Cables are shielded to protect the signal from external noise.

In an unbalanced interconnect, the shield also acts as the signal return path while in a pseudo balanced configuration the shield and return paths are parallel, with the shield left open at one end. This makes pseudo-balanced interconnects directional. A cable should be wrapped around a ferrite core (iron etc.) to maximize the rejection of magnetic fields. Because interconnects incorporating such a shield are bulky, this method of magnetic field rejection is not generally used on Hi-Fi or AV cables. To reject magnetic interference in Hi-Fi applications, it is usually sufficient to twist the insulated conductors together to form what is known as a twisted pair.

Nowadays technologies such as ‘High Definition Audio’ can produce audio signals well beyond the 20kHz value which was typically considered to be an adequate cut-off frequency for HiFi systems. In response to this, some loudspeaker producers are meeting the latest demands for high frequency extension with highly sophisticated tweeters capable of reproduction well above 20kHz. A few speaker manufacturers provide a ground contact on the speaker so that a drain wire can be connected to reject RFI which can otherwise become an audible problem at frequencies in excess of about 20kHz. 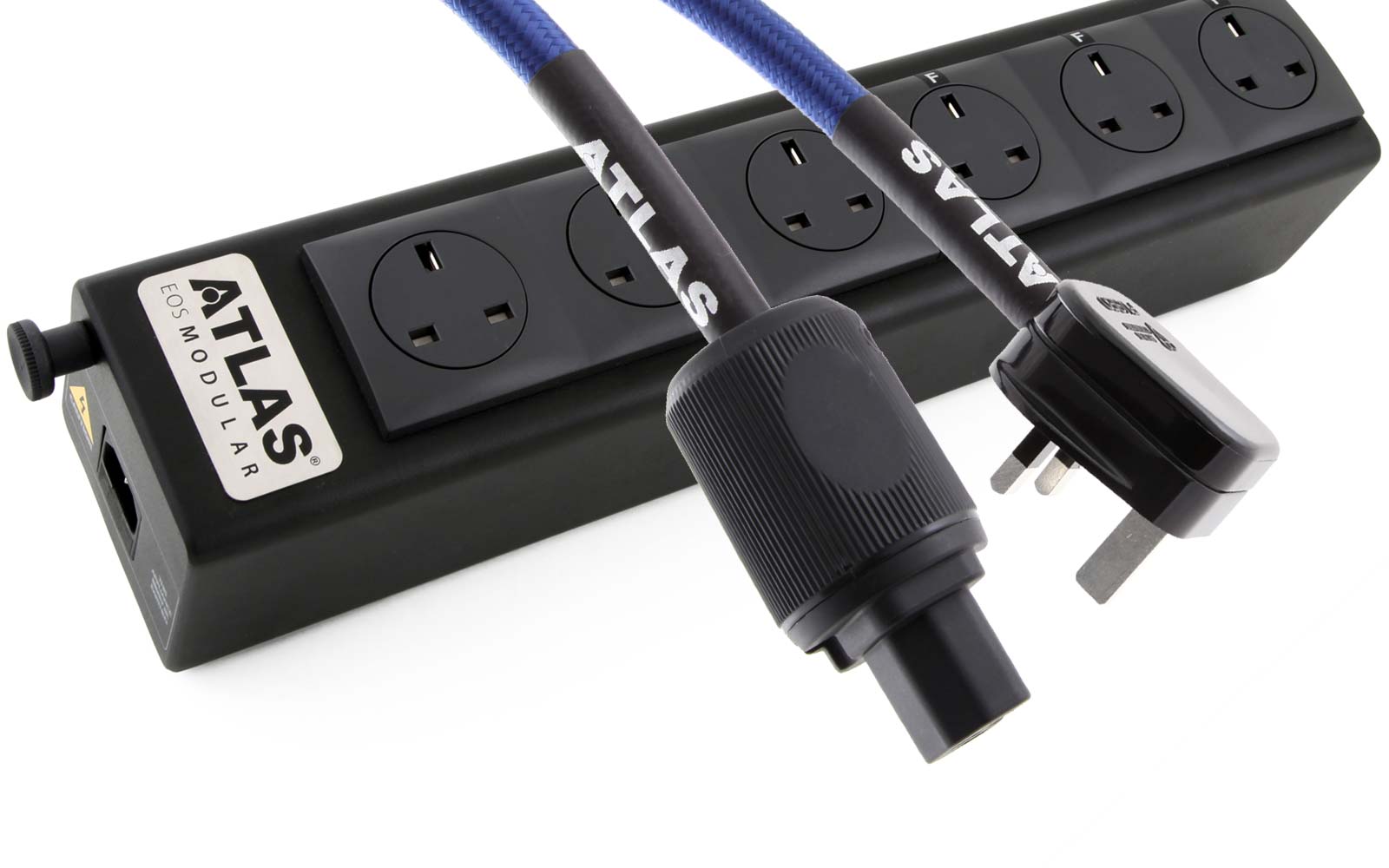